We were delighted to welcome guests to Queen Alexandra College (QAC) on Friday 6th March for the official premiere of the new Birmingham City Council Direct Payments film.

The film was made in a partnership between Sybil Ah-mane of Flexible Films, QAC students and Birmingham City Council staff. Not only did a number of our students feature in the film, which was actually filmed at QAC, some of our students also worked behind the scenes operating cameras. 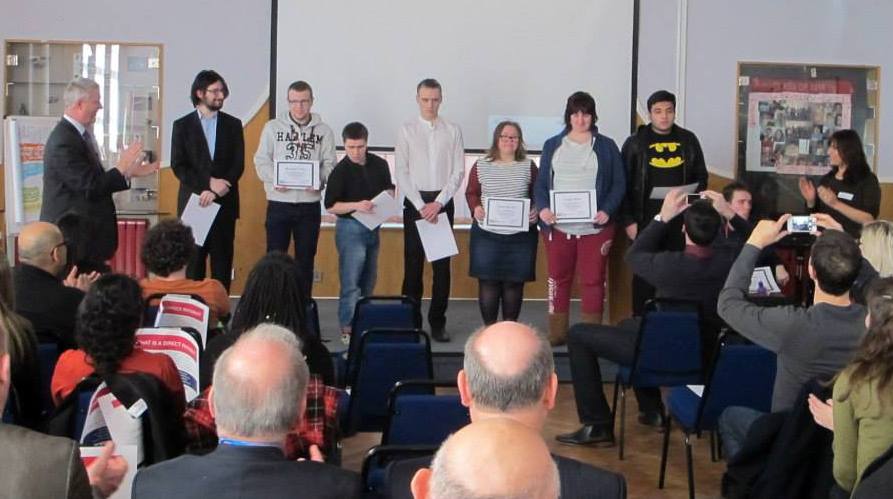 Following the screening of film to an appreciative audience QAC students received certificates from Peter Hay, Strategic Director of People at Birmingham City Council, to recognise their valuable contribution to a fantastic project.

If you would like to watch the film and learn more about direct payments and the support available please visit below attached links:

“I feel happy and safe at QAC  staff have supported me with all my needs and I've made lots of friends.”