QAC staff Debbie and Gaynor were delighted to attend the 60th Anniversary of the Duke of Edinburgh Award (DofE) at Buckingham Palace in London on Monday 16th May 2016. During the event Debbie and Gaynor were presented with a special plaque by celebrity supporter Marcus Wareing, acknowledging QAC's commitment to running the DofE award and thanking us for giving young people the opportunity to transform their lives. 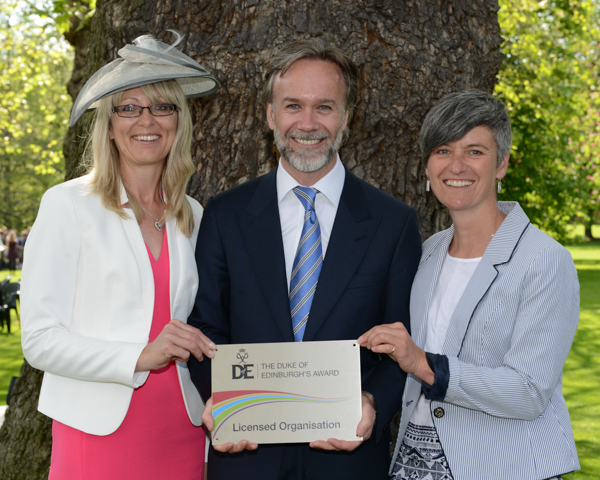 QAC have been delivering the DofE award for over two years and seven of our students have achieved the award after volunteering in their community, learning a skill, getting fit, and going on an expedition.

Debbie, DofE Manager at QAC, said: “QAC have held a licence to deliver the DofE for two years and I feel honoured to have been invited to Buckingham Palace to receive a commemorative plaque to acknowledge our work with the charity during its Diamond Anniversary year. Our young people are encouraged to push themselves outside of their comfort zones when doing their DofE award and the skills that they develop can be life-changing, so for us to be involved is something very special."

“QAC has helped me to build my confidence  it makes me feel positive about myself. In addition to my IT programme, I also enjoy attending the College music club!”