Covert Affairs actor Chris Gorham visited brib and QAC recently, on the way to his appearance at the MCM Comic Con in Birmingham. Chris plays Auggie Anderson in the series, a CIA operative who lost his sight on a field mission. 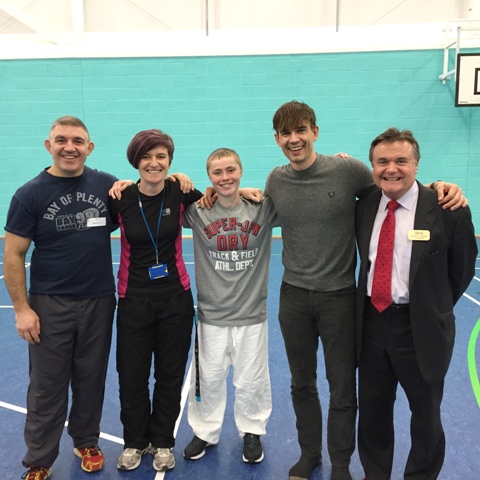 Chris chose to use his appearance at the convention to raise money and awareness for brib of his own accord and came to find out more about what we do. He had a look around QAC, visiting the new sports hall, iSpot, gym, Performing Arts, Art & Design and Independence Street, meet some staff and students, along with Questa the guide dog, and was amazed by the work done.

Chris is no stranger to disabilities; not only is his Auggie character blind but Chris is about to start filming a role where he plays the father of a young boy with Autism. This is reflective of his personal life as a father as his son was diagnosed with Asperger’s Syndrome a couple of years ago.

“My programme at QAC has helped me to make new friends and try new fun activities.” 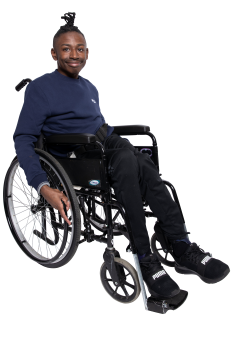