The end of term saw our Principal and CEO Bev take on our Deputy Principal Jan in the return of our
Principals’ Challenge.

Over the course of the final two weeks, they both took on a series of creative challenges, suggested
by students and staff, as a way to raise money for QAC – if we raised £400 all four challenges would
happen. The good news was we exceeded the target, which meant there was no escape as they
went head to head, with Jan wanting to keep her crown from the previous Principals’ Challenge two
years ago. 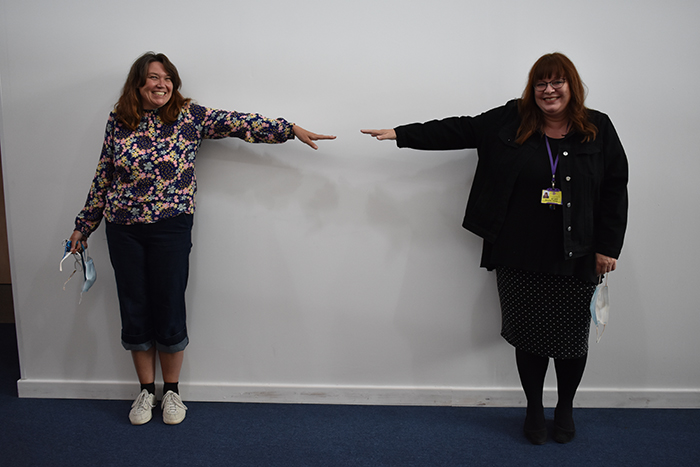 First up was the portrait challenge where they both had to create a portrait of their opponent, to be
displayed in College. Bev chose to go with a watercolour piece, whilst Jan opted for a more abstract
collage idea. Our Art group was on hand to offer advice (and artistic criticism) and judge, with Bev
winning challenge one by 1 vote! Both portraits are now hanging up outside Jan’s office. 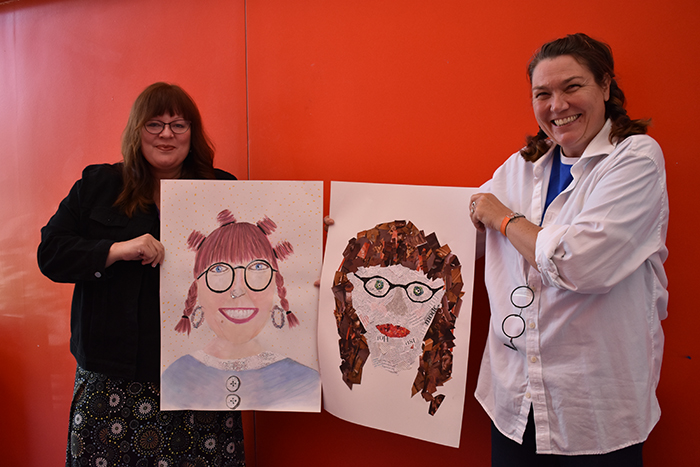 Next up it was time to be brave and put their style in the hands of students as they had to wear what
students chose for the day – including any meetings they had. Jan became a red kitchen disco diva,
complete with fake eyebrows and moustache courtesy of PFL Blue, whilst PFL Yellow stuck to their
colourful routes and transformed Bev into a minion! This challenge was open to a Facebook and
email vote, with Bev winning once again. 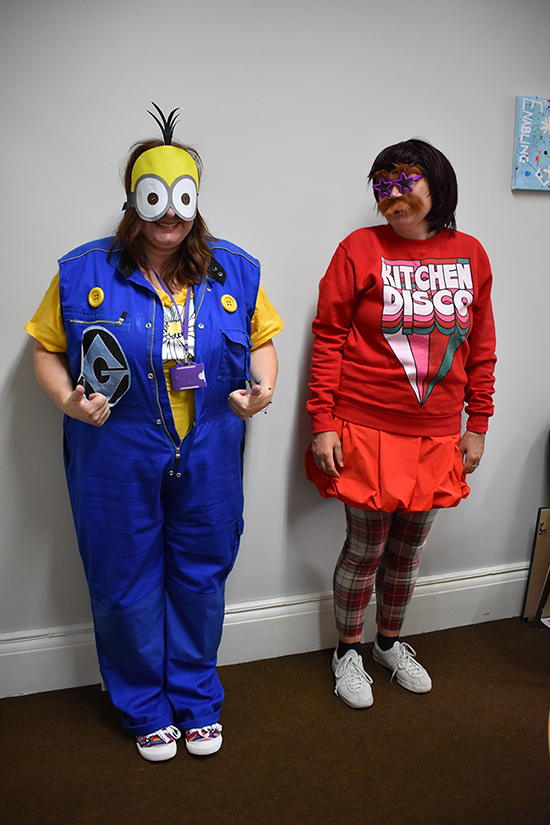 The third challenge was a bit more messy as they both took to the kitchen for a showstopper cake
decorating challenge. With cakes made by Hospitality and identical decorating ingredients, Bev and
Jan had to use their imaginations to impress the audience and judges – LEAP Creative. Bev went for a
‘Christmas in July’ theme with snowman and rainbows, and Jan opted for a student inspired topping,
both featuring the QAC logo. Everyone enjoyed tucking into the cakes, but not before voting for Bev
as winner. 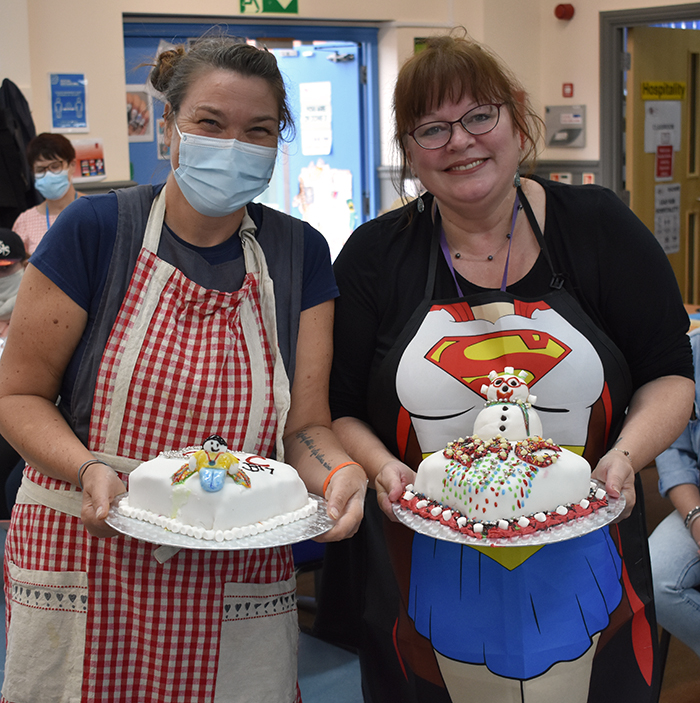 So, three challenges down and Bev had won. But that didn’t stop them pulling out all the stops for
the fourth and final one, a lip sync battle in the courtyard! With their songs of choice lined up and an
excited audience waiting to be entertained, Bev took to the ‘stage’ first channelling her inner Kate
Bush for ‘Wuthering Heights’, followed by Jan recreating Bjork’s ‘It’s Oh So Quiet’, both in full
costume! Everyone loved the performances and it was great to see so many people out in the
sunshine supporting them. Obviously, it was a crowd vote for this one, with Jan managing to secure
the win, but Bev ultimately being crowned Principals’ Challenge 2021 winner! 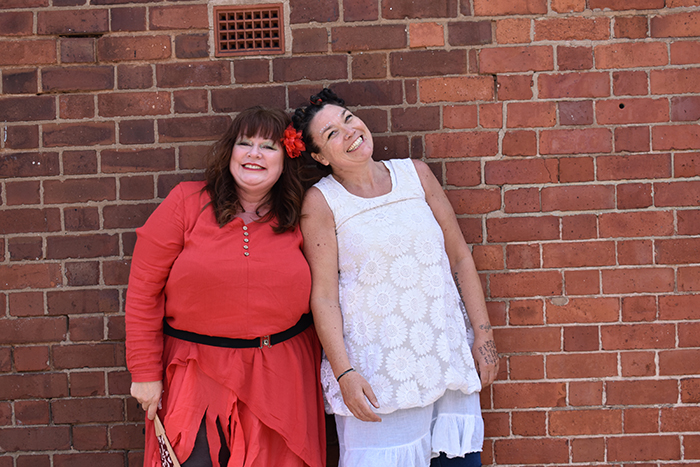 The whole thing was great fun and a huge well done to Jan and Bev for being such great (and
competitive) sports and helping raise over £400!

“QAC has been the place where I have progressed the most in my life! My programme has helped me to learn more about what I want to do in the future.”